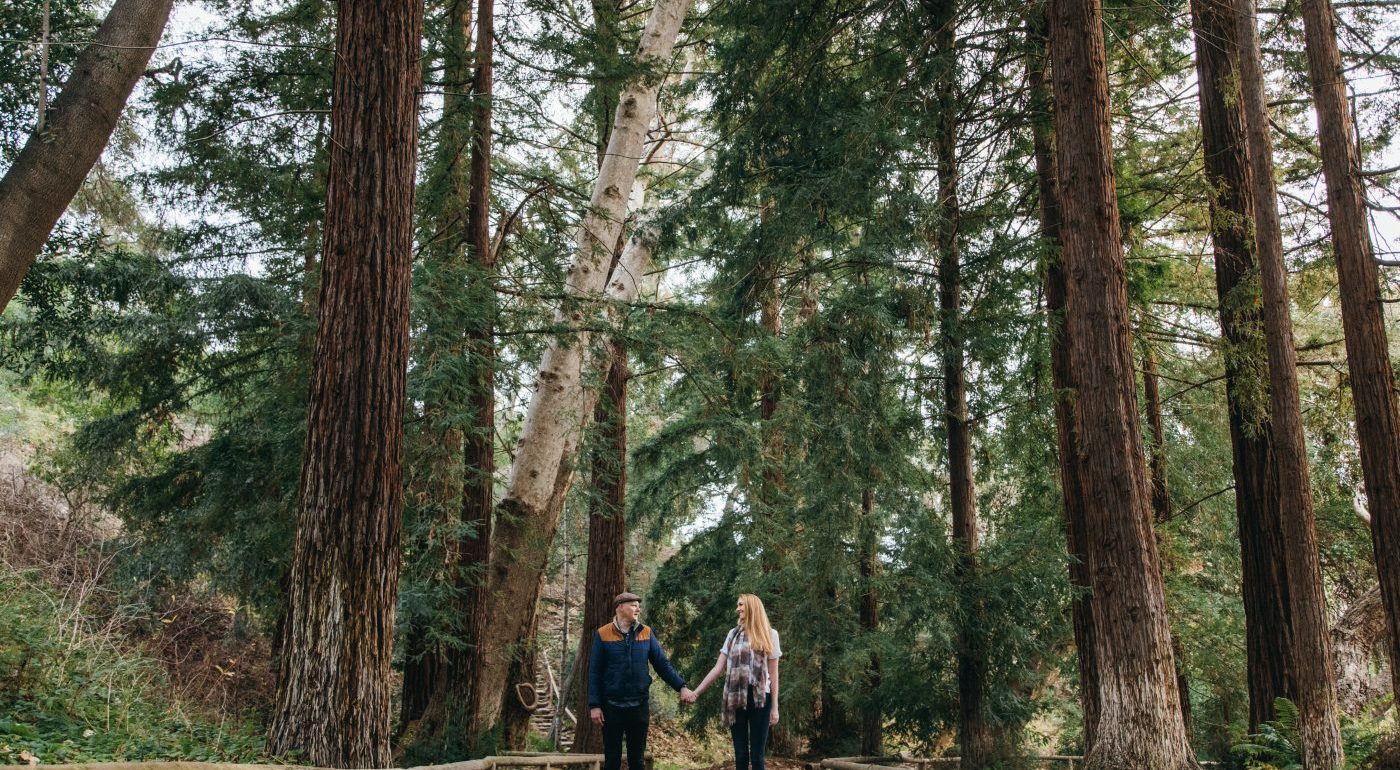 Fern and Jack get the award for the tallest, nicest, and cutest couple we’ve ever photographed. They are the sweetest and seriously tall. They live in Santa Barbara and met the old fashioned way – Taco Tuesday. Here’s their story:

How They Met: After mutual friends brought us together, it took a hipster-themed party, Taco Tuesday and a finally a beach bonfire before we became Facebook friends. That’s what’s considered first meeting nowadays…right?

Jack: I certainly wanted it to be a surprise and had to coordinate a few elements, even getting the family involved. Poor Fern thought that she was just going to friend’s baby shower and then getting stuck on a walk along Elwood Bluffs in Goleta (her mom LOVES walks) but little did she know…

Fern: I spent the morning at a baby shower, and gave Jack a call when I was heading home. My parents were in town visiting so I was curious what they were getting up to. According to Jack, my mom wanted to go on a walk. Like right then. As in, no, I could not go home to pee and change clothes before we left.

Needless to say, I was a bit annoyed, but of course didn’t suspect anything. I parked in the lot by the Ellwood Bluffs (a walk that Jack and I have done often) and quickly head to the porta-potty, unhappily in my romper…we walked out to the bluffs, and of course, it was beautiful. The ocean view with the meadow and eucalyptus groves is really amazing. My mom asks which way we should go and I say “left!”, to which she says “let’s go right!”…why did you ask me… but okay. We turn right and come upon a small grove of eucalyptus trees, where some people are clustered. At first I don’t give them any thought, but then….I do a double take and realize Jack’s brother! “why is your brother here?” I ask…my first thought being ‘are they surprising Jack? do he even know they’re here?.

At that moment Jack grabbed my hand and starting guiding me to a small lookout on the edge of the cliff. That was the moment that everything clicked and I knew what was happening!! In front of both of our families, Jack got down on one knee and asked me to marry him with his mom’s engagement ring! I don’t think I could have said yes any faster!

Jack: The reason Fern saw my, brother in the first place, instead of me just proposing then and there was my family was supposed to jump out to surprise her first! But that bit apparently got lost in the planning as they just waited patently in the trees… I was so nervous but it all went so well. And she was so surprised!

Ideal Date: We both love getting dinner out. Whether it’s fancy or casual, we always have a great time eating delicious food and just sitting down together to catch up and connect. We usually end up in deep conversations about life and future. Throw in a concert or a musical afterwards and it can’t get any better than that.

One show you have to watch together: Currently Schitt’s Creek, soon to be Game of Thrones and always the Bachelor (please don’t judge us too much…)

Fern: Jack will be eagerly listening to a story I’m telling and if I pause, even a little, he jumps in to finish my –

Fern: Yep…and while he’s usually right about what I was going to say, it still gets me every time.

Jack: Even though she’s hungry too, Fern will wait for me to get up to get snacks when we’re watching TV because she knows my resolve for waiting to snack is a lot less than hers

Favorite Thing About The Other:

Fern: He is such a loyal and genuine friend. He draws people in and makes everyone feel welcomed and important. Jack is joyful and colorful and cares deeply about everyone in his life.

Jack: She is always ready to smile and laugh. And a big laugh too, doesn’t hold back and I love it. Helps when I try really hard to be funny and don’t quite hit the mark but she still gives me a chance.

Jack: Likes a simple look most of the time, something nice and put together. But has a love for renting dresses for various events and looks stunning every time.

Fern: Hawaiian shirts, or any other printed colorful item of clothing. He also loves his wooden sunglasses and watch and you will almost always see him rocking a hat of some kind.

One thing they can’t live without: Our circle of friends in Santa Barbara are very important to us and couldn’t imagine not being able to host them for Bachelor premiere nights or grabbing drinks out and about.

How would your friends describe you?

Tall. But actually…we think people would say that we like to not take ourselves too seriously, love hosting get togethers at our house, and have a soft spot for dancing poorly to bad pop music.

Hike or movie? We do love the outdoors but there’s no denying that we love buttery popcorn too much (oh and the movie too of course)

What’s your spirit animal? Fern: Jack is 100% a Golden Retriever. Full of love, always excited to do an activity and likes everyone he meets. We have joked that I am a Canadian Goose..because I am Canadian, a little graceful, and a bit loud…I totally relate to it, haha

Anything else we should know? Fern is from Santa Cruz and Jack from Mountain View. We have been dating for just over five years. Jack loves classical music and tiki drinks. Fern loves country music and mac and cheese. We both have a serious soft spot for corgis, and love a good T Swift song (so all of them…) Santa Barbara is a very special place for us and we are thrilled to be getting married here. 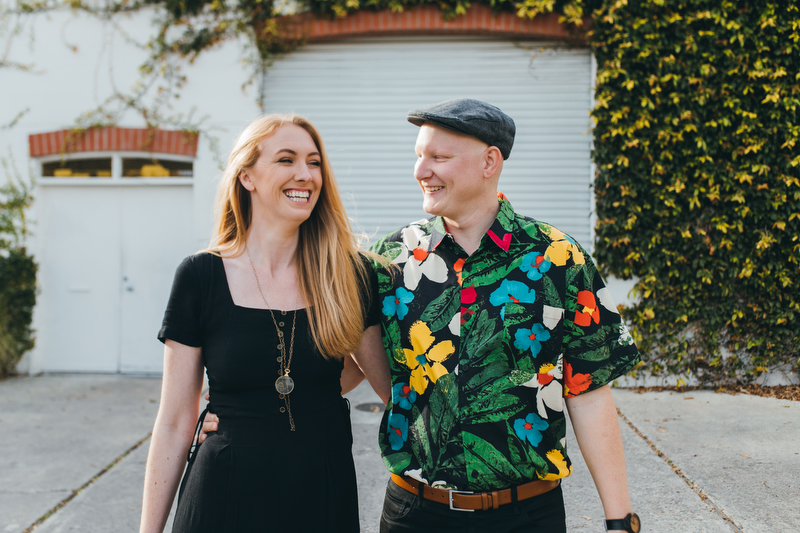 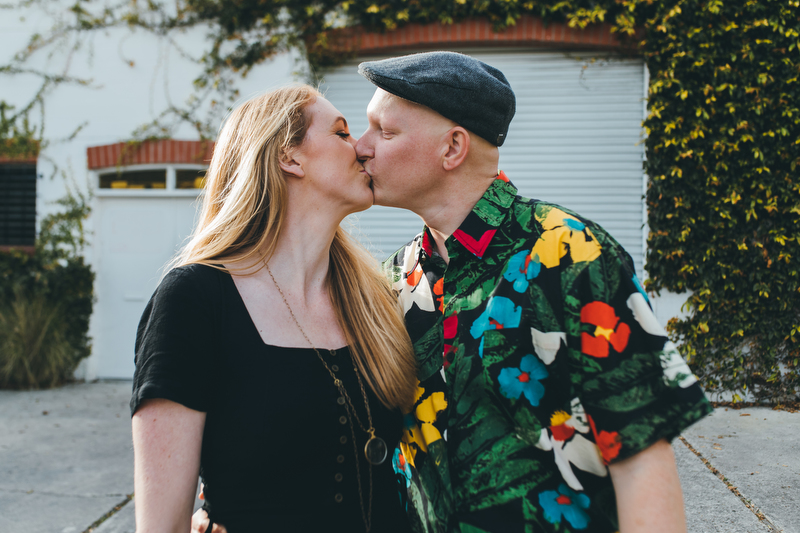 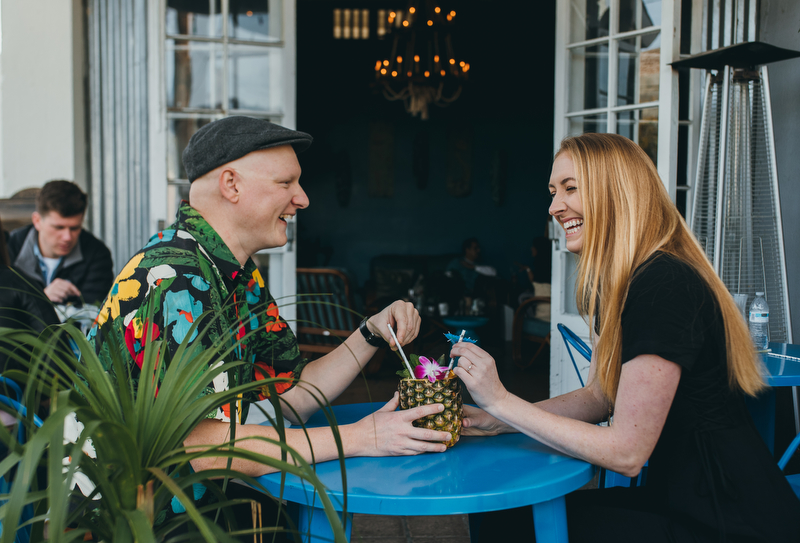 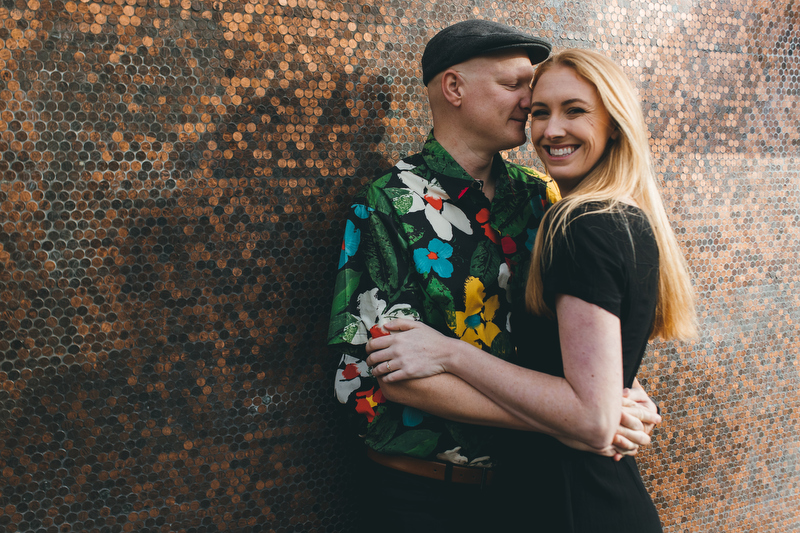 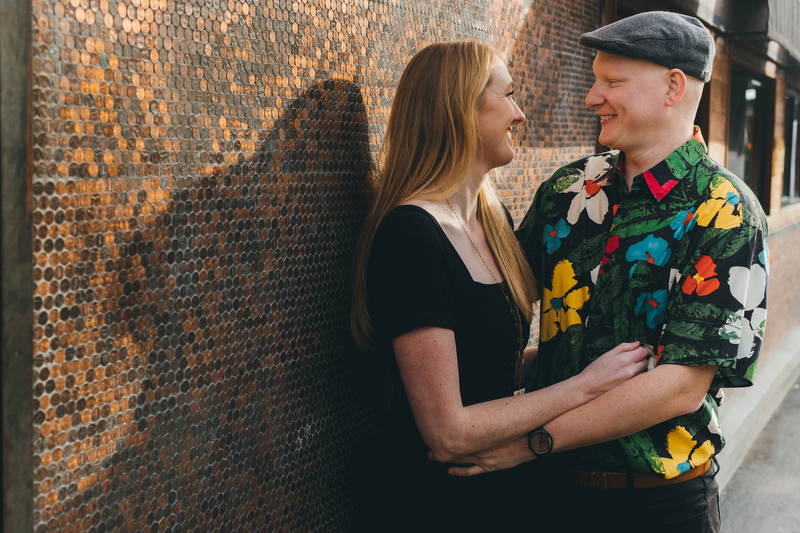 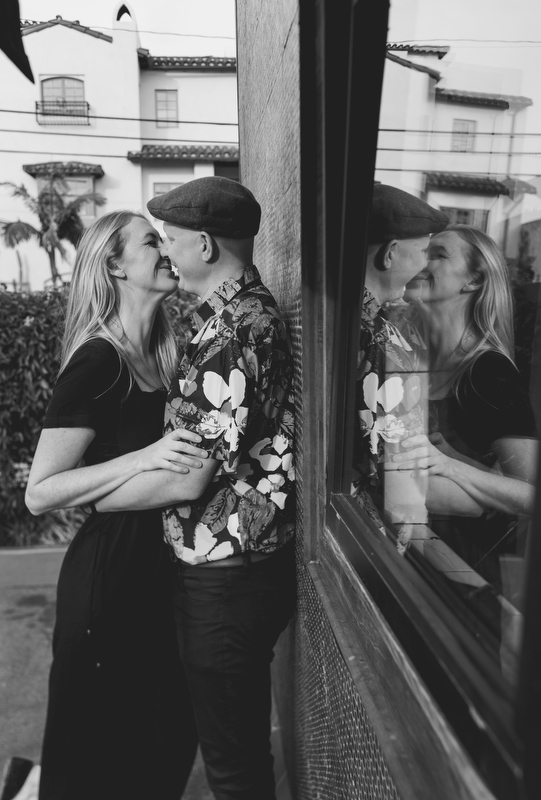 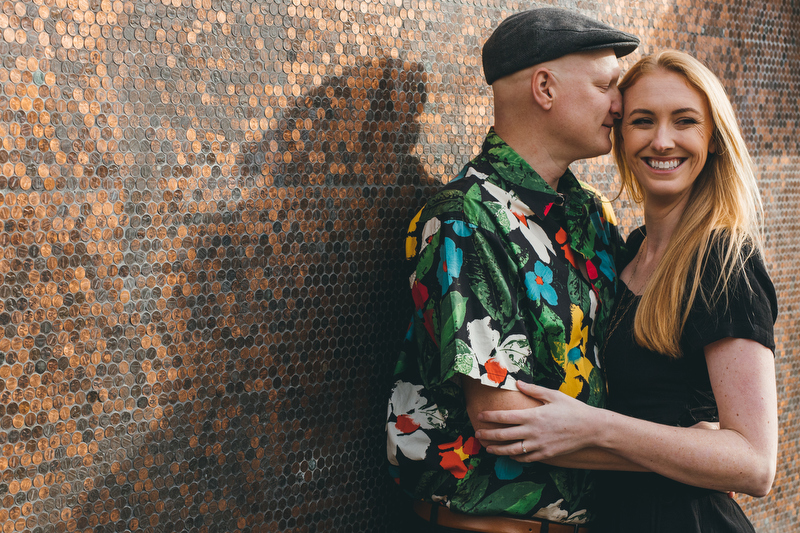 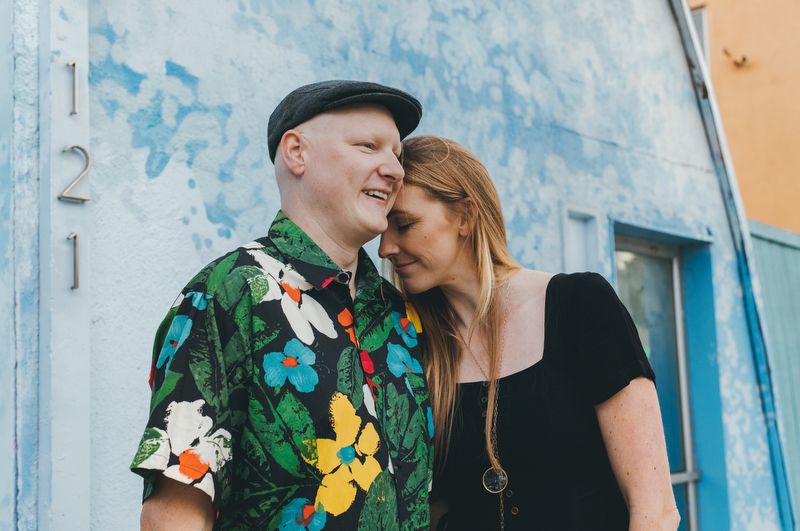 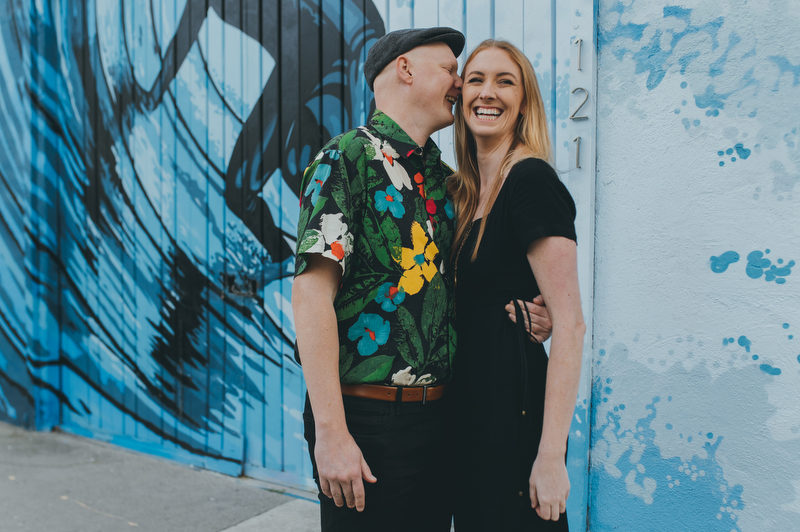 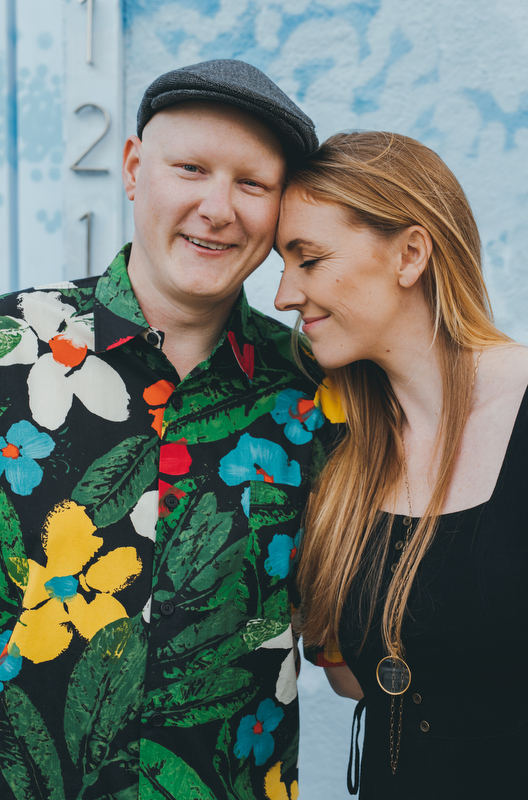 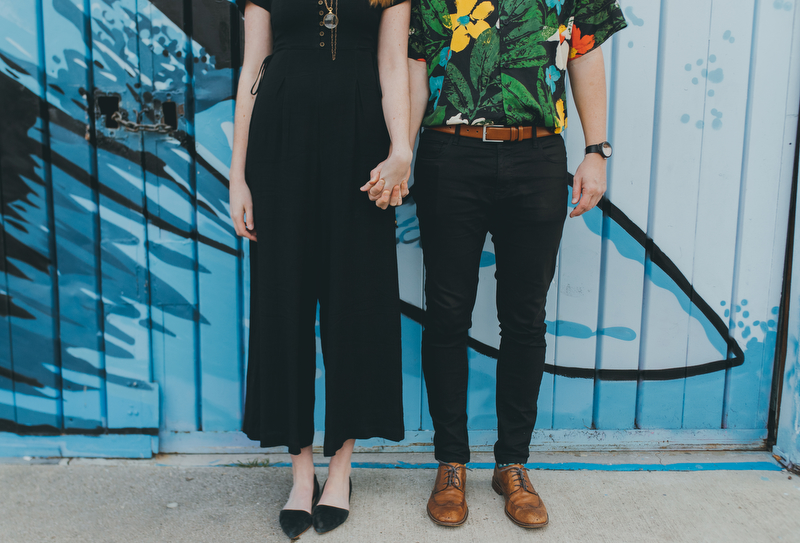 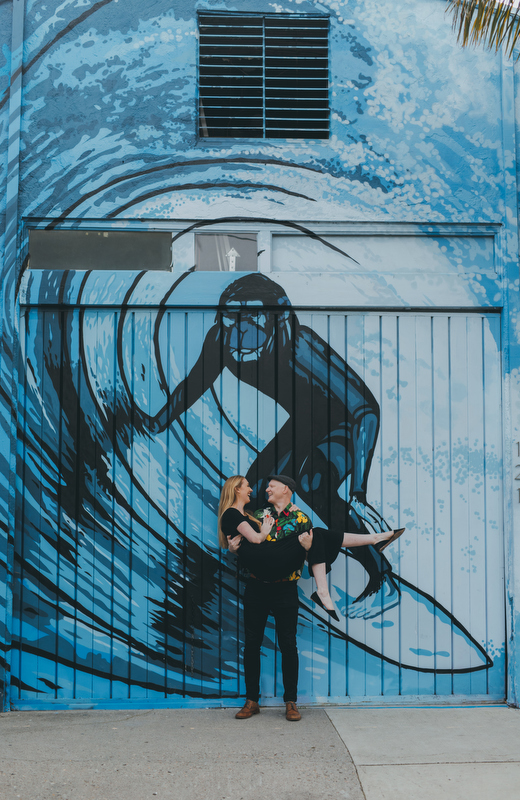 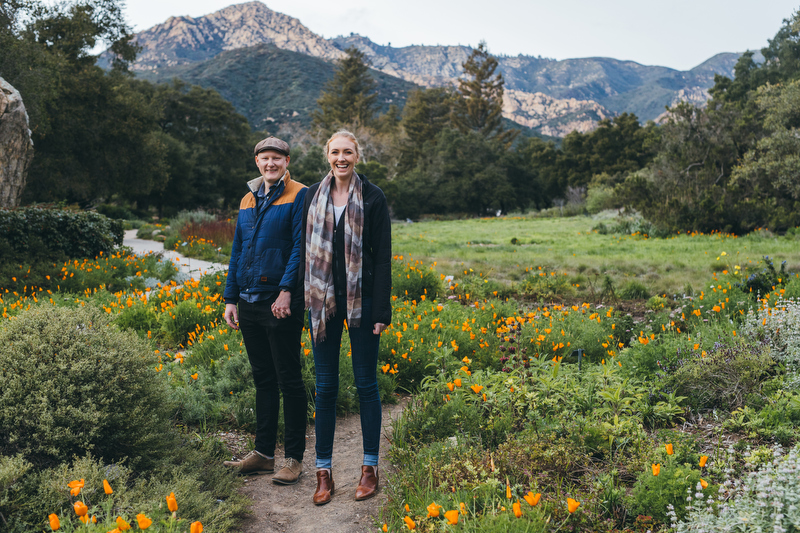 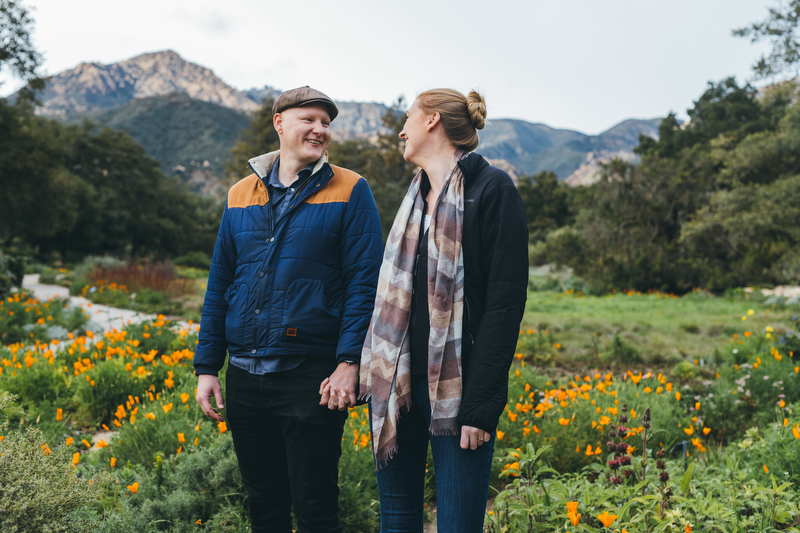 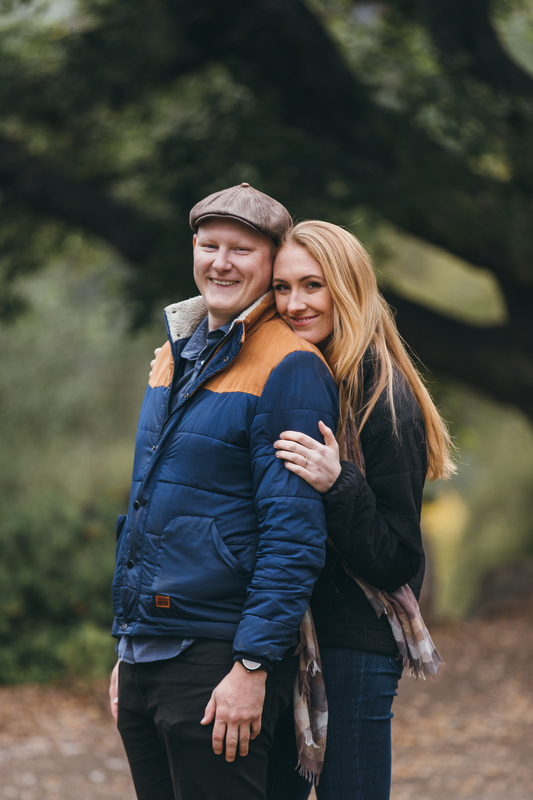 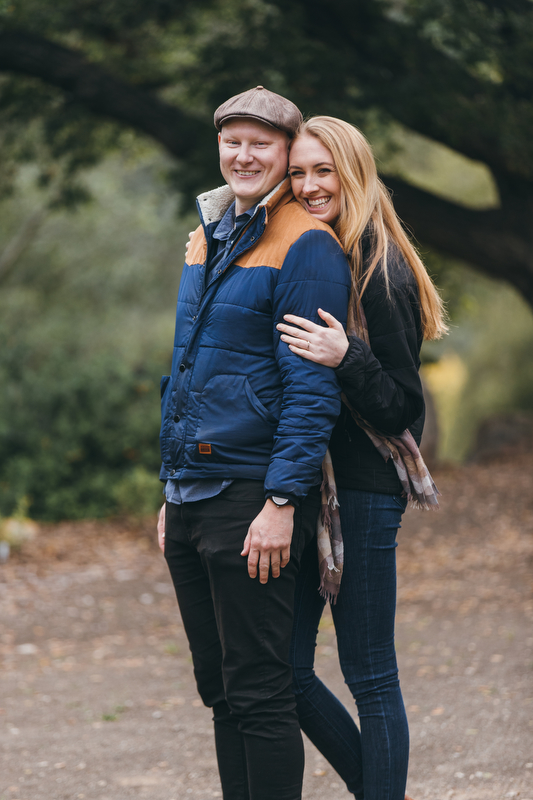 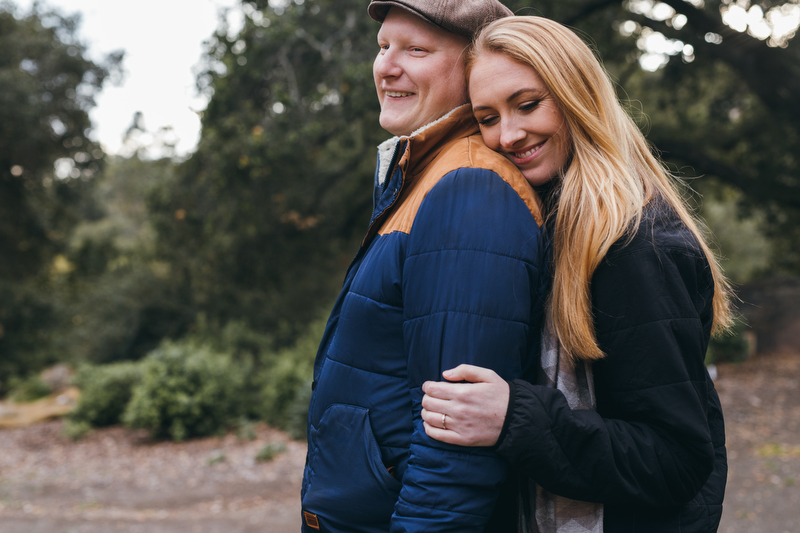 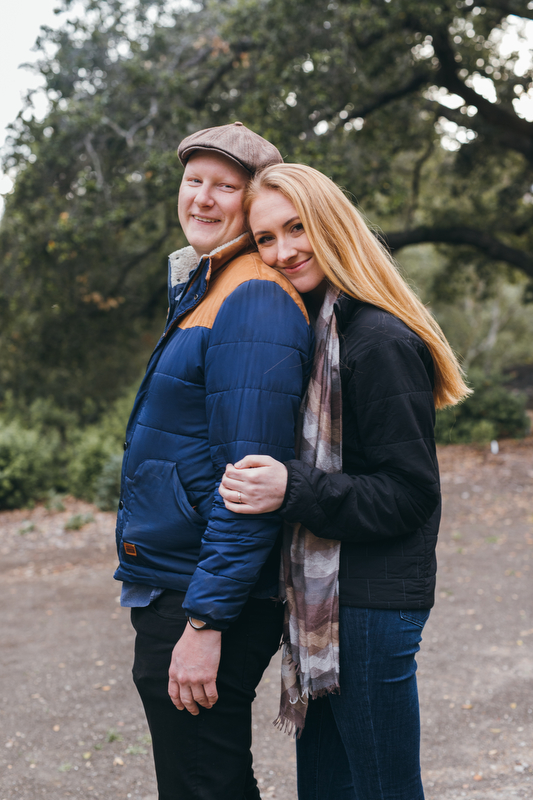 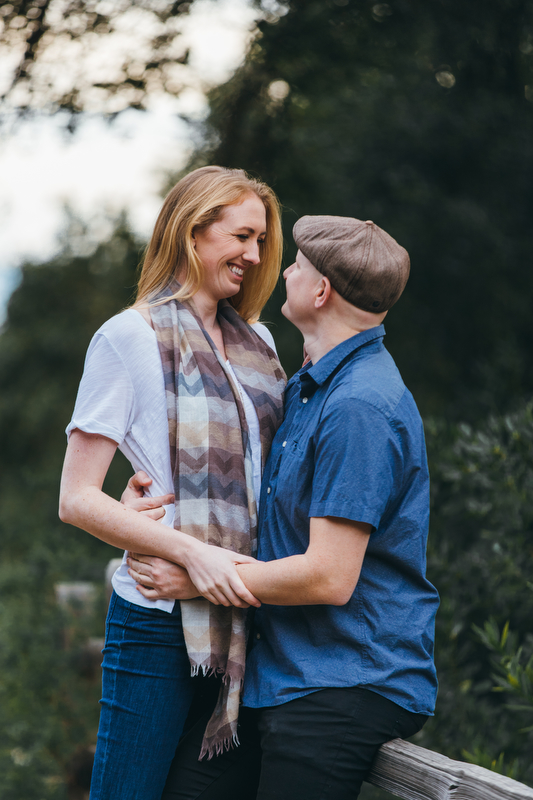 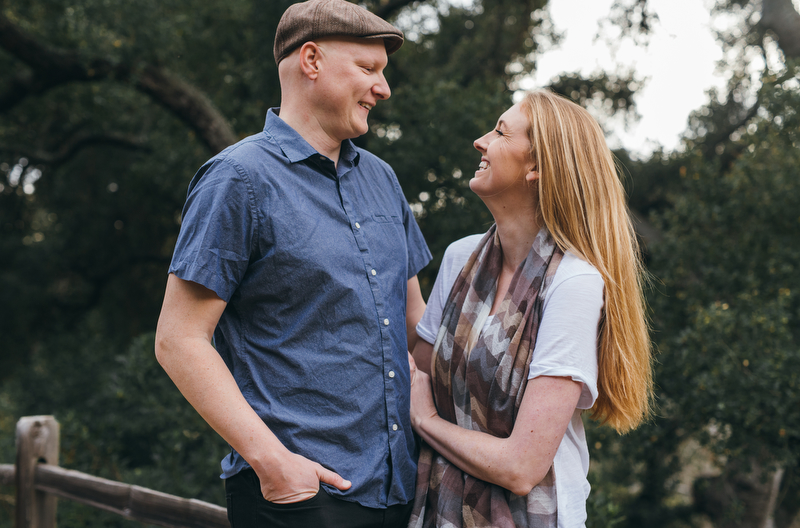 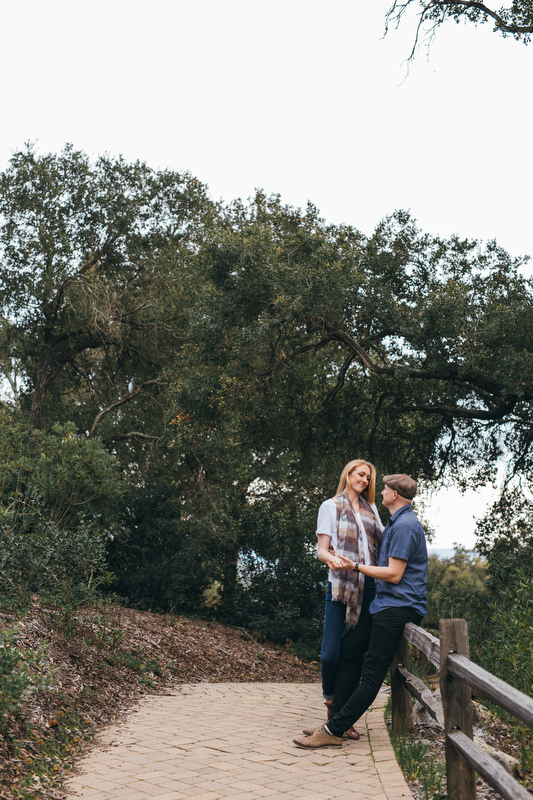 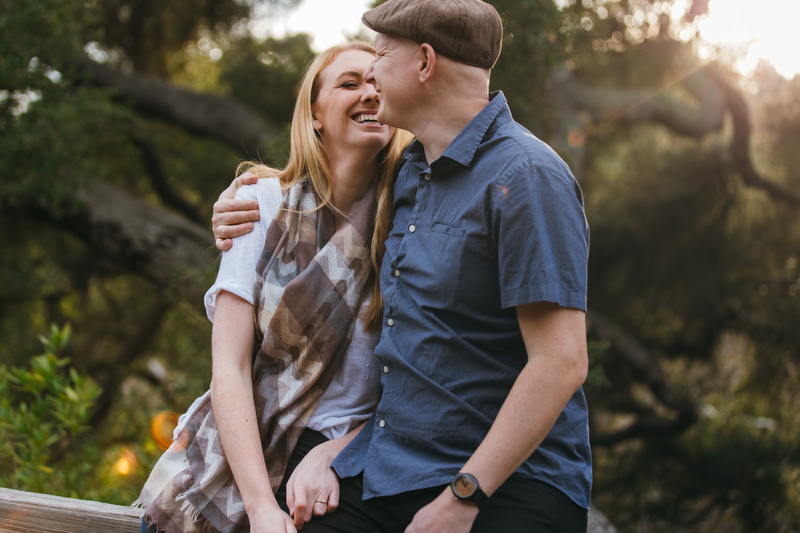 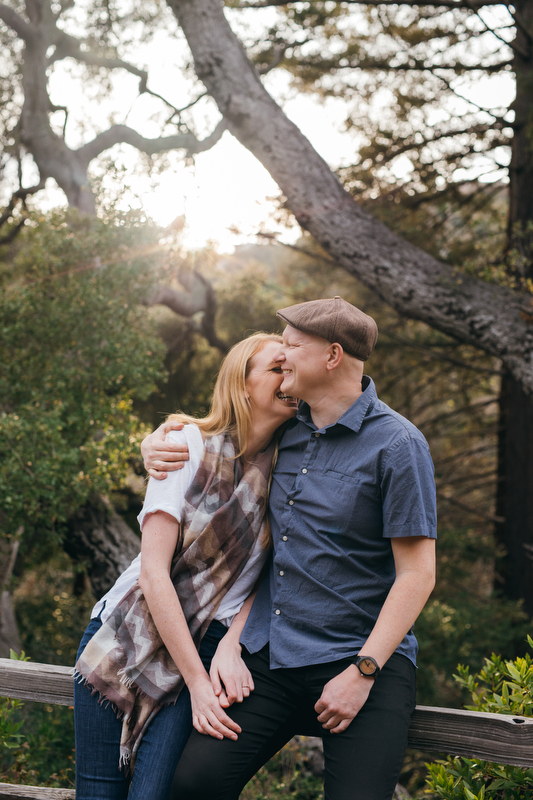 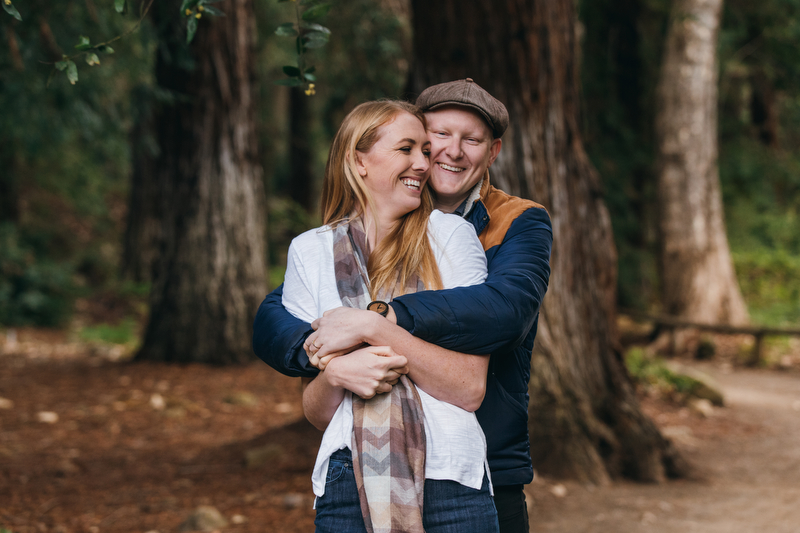 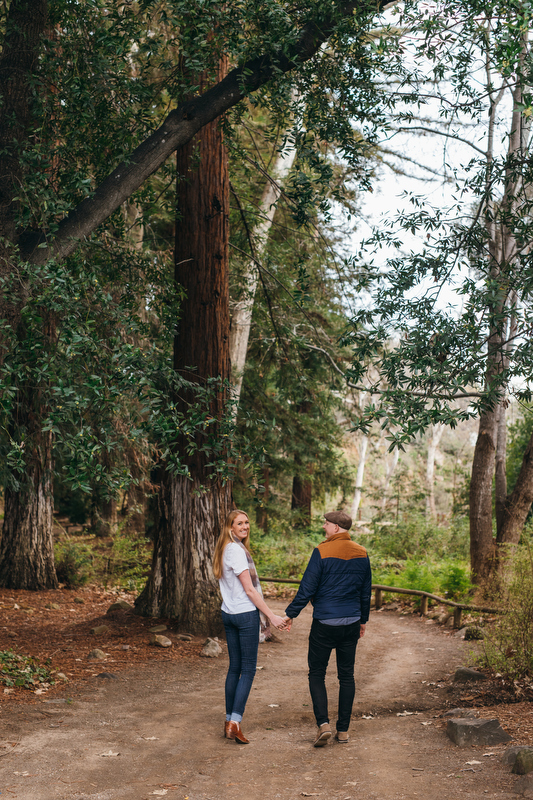 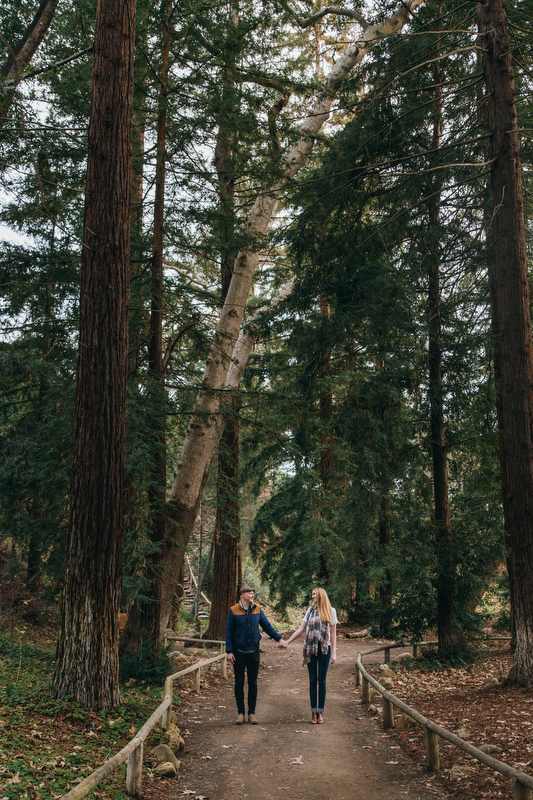 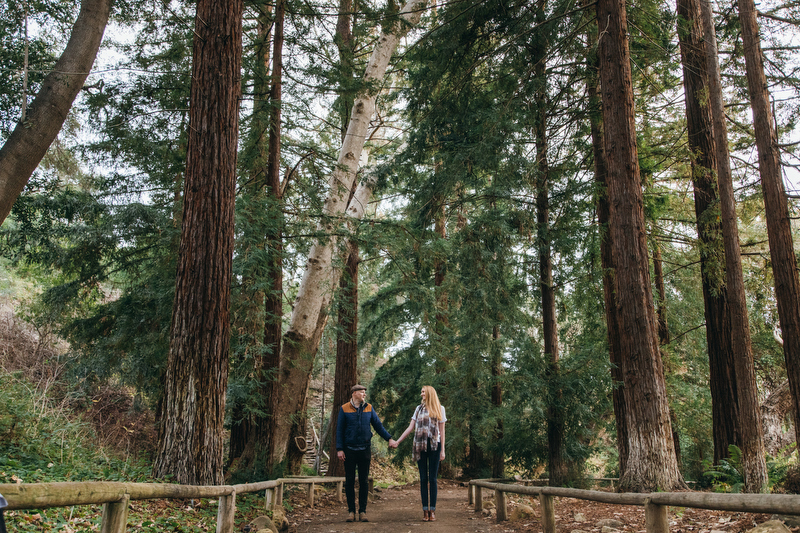 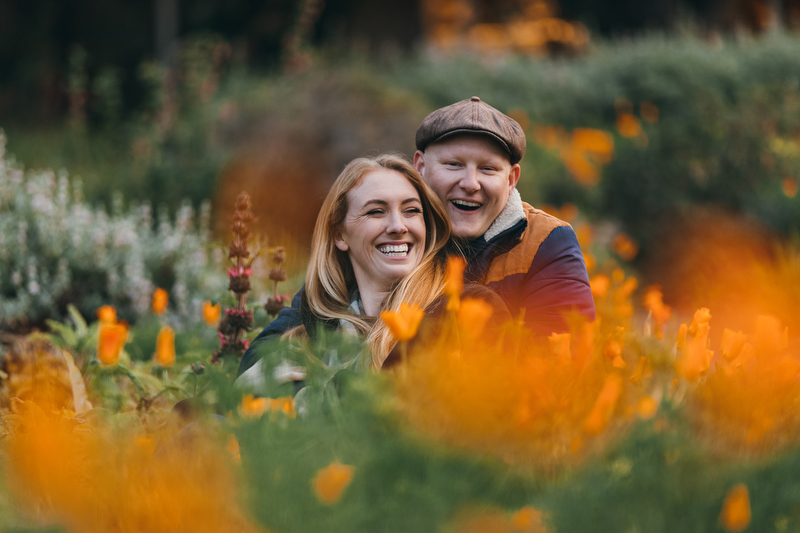 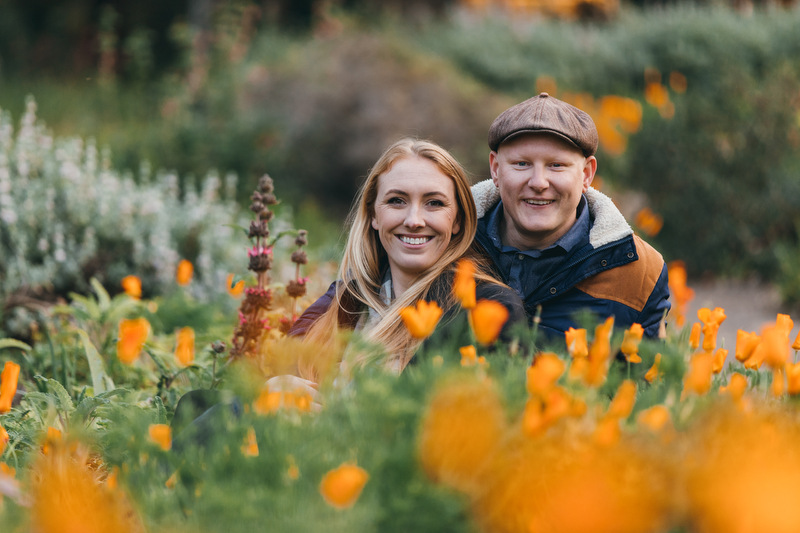